I met my wife, Deborah when I was a junior in high school, somewhere around 16-17-years-old. She had long blonde hair, down to the middle of her back, she looked pretty sporty with her constant hoodie, and she hung with a crowd I wasn’t quite familiar with. Deborah worked on the set of a school musical where I had a supporting part. I don’t remember much interaction with her, as she was the quiet type and I was more interested in fitting in. Fitting in, to me, was about being as attention-grabbing as possible, so I was loud, ready to do anything for a laugh, and seemingly always on stage.

The following year I went on a water-skiing trip to which Deborah was also invited. We actually talked on the boat: Deborah was smart. I was intimidated because I️ was dumb (at least this is what I was told throughout my life). Deborah was in all the smart classes, had a position on the yearbook staff (not nerdy at our high school, more elitist jerks than anything else), was a star soccer player, and had an impressive collection of hooded sweatshirts. I only had one, it was black, covered in punk patches, and it smelled pretty bad.

We sang in touring choir together (I can’t remember why I joined in the first place, I was a constant troublemaker and foil to our director’s attempts at order). We got to know each other on a weeklong school trip to a monastery in Massachusetts. There may have even been a graduation day picture taken of us; who knows, it was 20 years ago.

In college, we became best friends, and quickly, via this new technology called “E-Mail”. I was going to school in the middle of nowhere Kansas and she was in the mountains of Virginia. Almost every day saw me drudging across the small but cold campus to the computer lab and hoping to get another intriguing response to whatever thread we had started. The conversations opened my mind to new ideas as well as a Deborah I never thought I’d know. One time I expressed shock over her use of the word “fuck” in an email. That was my word! Not hers! This email friendship came to a head when I️ decided to transfer to Eastern Mennonite University before the start of my junior year of undergrad.

Deborah and I had a standing lunch on Thursday afternoons during the fall of 2000. She continued to teach me things in such a calm and loving way. We would talk about my burgeoning mental illness, theological debates over issues such as the LGBTQ community (I was a theology major), philosophical debates over whether a soul exists or not (I was also a philosophy major), and we would talk about the state of social justice in the world (we were both also social justice majors). Our time in college watered the seeds of our friendship, and although we ran in quite different circles most of the time, I considered Deborah one of my best friends, and certainly the only one who was truly reliable. 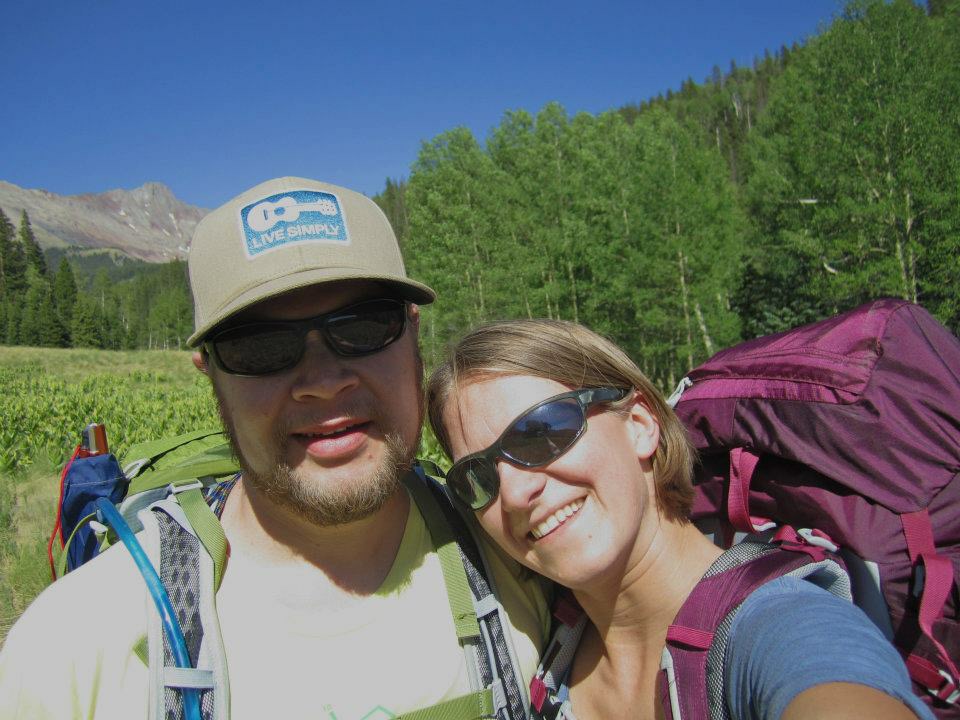 We graduated college and Deborah moved to Philadelphia, whereas I settled in Lancaster, PA, a smallish burg about an hour west of the urban sprawl of Philly. Lots of friends moved to Philly, so needless to say I was there pretty much every weekend, trying to extend the college experience. Surprisingly, I saw Deborah very little during these visits since I was still caught up in a party lifestyle where my Philly priorities were about seeing Phillies games and getting as drunk as possible on Neighborhood Specials (if you know what it is, you know what it does). This practice changed with the death of my uncle.

When he died Deborah stood right beside me. Every friend I️ had in Philadelphia at the time was there for me, but Deborah stands out. She sat on her stoop with me for hours as I cried, she rubbed my back softly to let me know she was there and was a comfort. Deborah eased those days until they passed. Then her tragedy struck, and I felt unable to reciprocate the comfort due to my own mental illness finally showing its full strength.

Deborah’s father died in 2005 from cancer. Deborah had been living with her parents, acting as a caretaker until he passed in July. Not much for crowds, I️ stuck to the back of the hall where his memorial was going on and sent my love and care to the front row where my best friend sat. I️ wish my personality allowed for me to have been right in the thick of it, but no. And by July of the following year, I️ would be 2000 miles away.

Deborah was the first friend to visit Albuquerque after I moved here in 2007. She came to see me because I’d had my first major mental health episode a month or so prior to the visit, and she wanted to come out and be there for me. I️t was the first time someone had sacrificed their own desires, money, and time to help me through what was shaping up to be a storm that would engulf my life in the years to come. A storm Deborah would weather with me.

Deborah came to visit a couple more times on happier occasions. During those times I️ was engaged to a woman and the relationship was anything but healthy. After this woman and I️ split, Deborah and I️ spent at least an hour a day on the phone with each other in the summer of 2010. She made plans to come visit me for Thanksgiving, and we made plans to meet each other in San Francisco when I️ was going up there to explore graduate study in transpersonal psychology. This particular trip was colored by a very specific email exchange a few weeks prior to.

See, Deborah and I️ have always had a lot in common, but our pasts have shown major differences as well. I️ was the party guy. I️ thought this was my authentic self: gregarious, outgoing, extroverted, loves to drink and yell and cause a scene. Loves to be the center of attention. In actuality, I️ became those things because I️ thought it was what everyone else wanted me to be. This fake personality was driven deeper as people expected me to act this way. Who was I️ to step out of their pigeonholes For someone with neurological concerns effecting my social skills, I️ was being rewarded for the behavior and it cemented itself within my locus of control for quite some time. Deborah, who was never a teetotaler, was much more subdued (this is not to say Deborah didn’t enjoy going to parties). This main difference caused a bit of a schism in our friendship, seeming to confine it to more sanguine times.

During the summer of 2010, I️ feel I️ grew into myself. I️ grew up, I️ became what I️ was meant to be. Deborah was on the phone with me every night, listening in as this process took hold. For someone who is not neuro-typical, it takes a longer time to find one’s self. I️t certainly was the case with me. But as I found myself, I also found someone else. Slowly, my attraction to Deborah, both physically and as someone who would be a life partner, grew.

Deborah began coyly approaching the subject of pursuing a romantic relationship early in 2011 during a trip I️ took back east to see friends. Me, being mostly oblivious to people tones of voice, expressions, and passive expressions, had no clue she was putting out a feeler. She sent me a not-so-coy email not long after, explicitly talking about exploring a relationship with me. I️ sure panicked. Here was my best friend, the only one I’ve ever felt I️ could rely on, asking me if I’d be interested in a romantic relationship after all these years. I️t scared me: I’d never been in a healthy relationship. I️ had no idea what it would look like or how I️ was supposed to act. I️ responded in kind with a full-blown rejection email, refusing to discuss this issue, because I thought a romantic relationship would elimnitate a friendship I so greatly needed.

Now we’re in San Francisco, spring 2011, a few weeks following the email exchange. Deborah was visibly upset and I couldn’t understand why. Now, 6 years later and armed with a greater understanding of my neurology and the effect it has on my social skills, I know why it was so confusing. We actually had a good time on the trip, but looking back, it should’ve and could’ve been so much better. I remember flying home confused, because I did love Deborah, and I did see a future for us.

Fast forward a month or so, I completely fall into one of the top five meltdowns I’ve ever experienced. I ended up in the hospital due to coming very close to dying by suicide, and my father came to “assist” me with reintegration. Needless to say, this was a bad move. My disparate relationship with my father meant he had no idea what was going on and how to treat it. When he left I was still actively suicidal, afraid I was going back to the hospital. Deborah called. “Do you need me out there now that your dad is gone?” I’ve never answered something with more surety: “Yes.”

When I picked her up at the airport not long after, I saw her, we embraced, I cried, and I immediately knew I was in love with her, and the dark cloud enshrouding my brain immediately lifted. Once we got to my meager South Valley house and started drinking a little scotch and looking at old pictures… well… nature took its course. From the moment her lips touched mine I knew we would be together forever, and I knew this woman would stand by me and lift me up when I couldn’t walk on my own. As we lay there, our first night as a “couple”, something was said between us, and while I can’t think of the exact words the sentiment is clear as day: “So I guess this is it, this is our lives. I love you.” After almost a year of long-distance dating, she moved to Albuquerque and we were married. This is where the real story starts.

My mental health and the composition of my neurology makes life difficult for both of us. Deborah has to watch me suffer in ways my friends, fans, and readers have no clue about. She was watched me destroy as well as create. She’s seen me going to a treatment center and made the weekly visits, including having Thanksgiving there in 2014. She’s flown across the country, taken buses to rescue me when tours have fallen apart and I’m stuck having a nervous breakdown in some state across the country. She holds me when I’ve completely lost all sense of reality. She works from home when I’m actively suicidal to watch over me so I don’t do something we’ll all regret. She is a balm to my ever-deepening wounds.

I’m grateful for my wife, my lover, my best friend, my defender, my rescuer, my balm: Deborah.

And you should be, too. Your friend Russ would be dead if not for her.